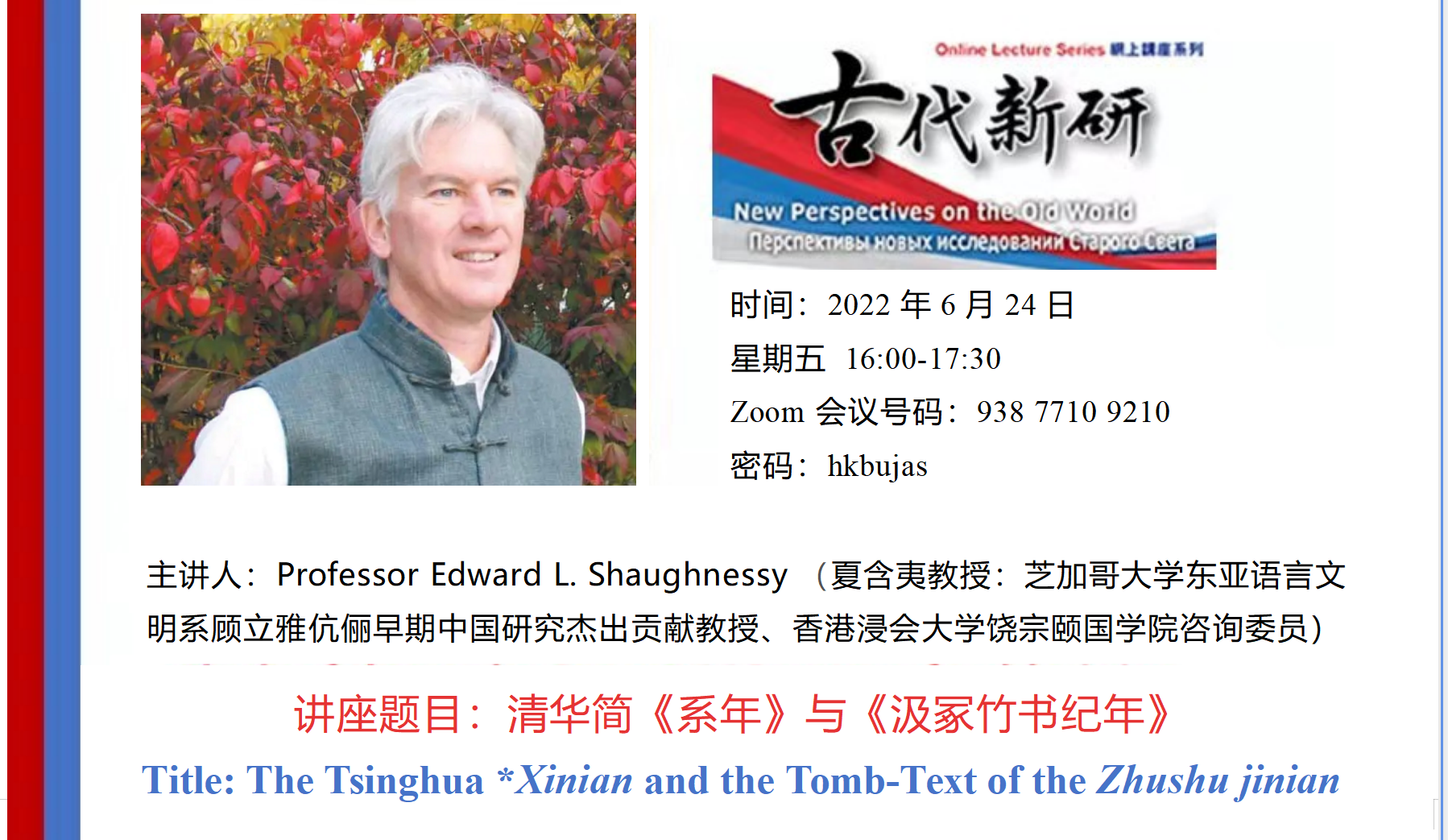 Abstract: Du Yu 杜預 (222-284) of the Western Jin dynasty was an eye-witness of the Zhushu jinian 竹書紀年 Bamboo Annals shortly after the bamboo-slips on which it was written were brought to the Jin capital in about 280. He provided the earliest description of the text’s contents, stating that the Eastern Zhou portion dealing with the state of Jin “began from Shangshu (784-781 BCE), and then proceeded through Wen Hou (780-746 BCE), Zhao Hou (745-740 BCE), until Zhuangbo of Quwo (730-716 BCE).” In this paper, I show that the tomb text was not arranged in this way at all, but rather began the Jin portion of the annals with Huanshu of Quwo (745-731 BCE), such that the Jin annals began with the reigns of the Quwo lords. Although the “Current” Bamboo Annals text for this period is dated in the years of the Zhou kings, Ping Wang (770-720 BCE) and Huan Wang (719-697 BCE), the records for Jin reflect the viewpoint of the Quwo lords, and thus presumably derive from the tomb text.

Professor Edward L. Shaughnessy (Creel Distinguished Service Professor of Early China in the Department of East Asian Languages and Civilizations of the University of Chicago, Advisory Board Member of the Hong Kong Baptist University Jao Tsung-I Academy of Sinology).

Most of his career has been devoted to the cultural and literary history of China’s Zhou dynasty, and he is the author of "Chinese annals in the Western observatory: An overview of Western Sinologists’ studies of Chinese excavated documents"，“Firm-and-Even’s Records from Beyond the Seas: The Second Collection of a A different View of Ancient History”，“Arousals and Images: Essays on Ancient Chinese Cultural History”, etc.

This is the eighth lecture of the Online Lecture Series: New Perspectives on the Old World (2021/10-2022/6), which is chaired by Prof Chen Zhi, director of RCHC.