Human migrations in the formation of early Chinese empires 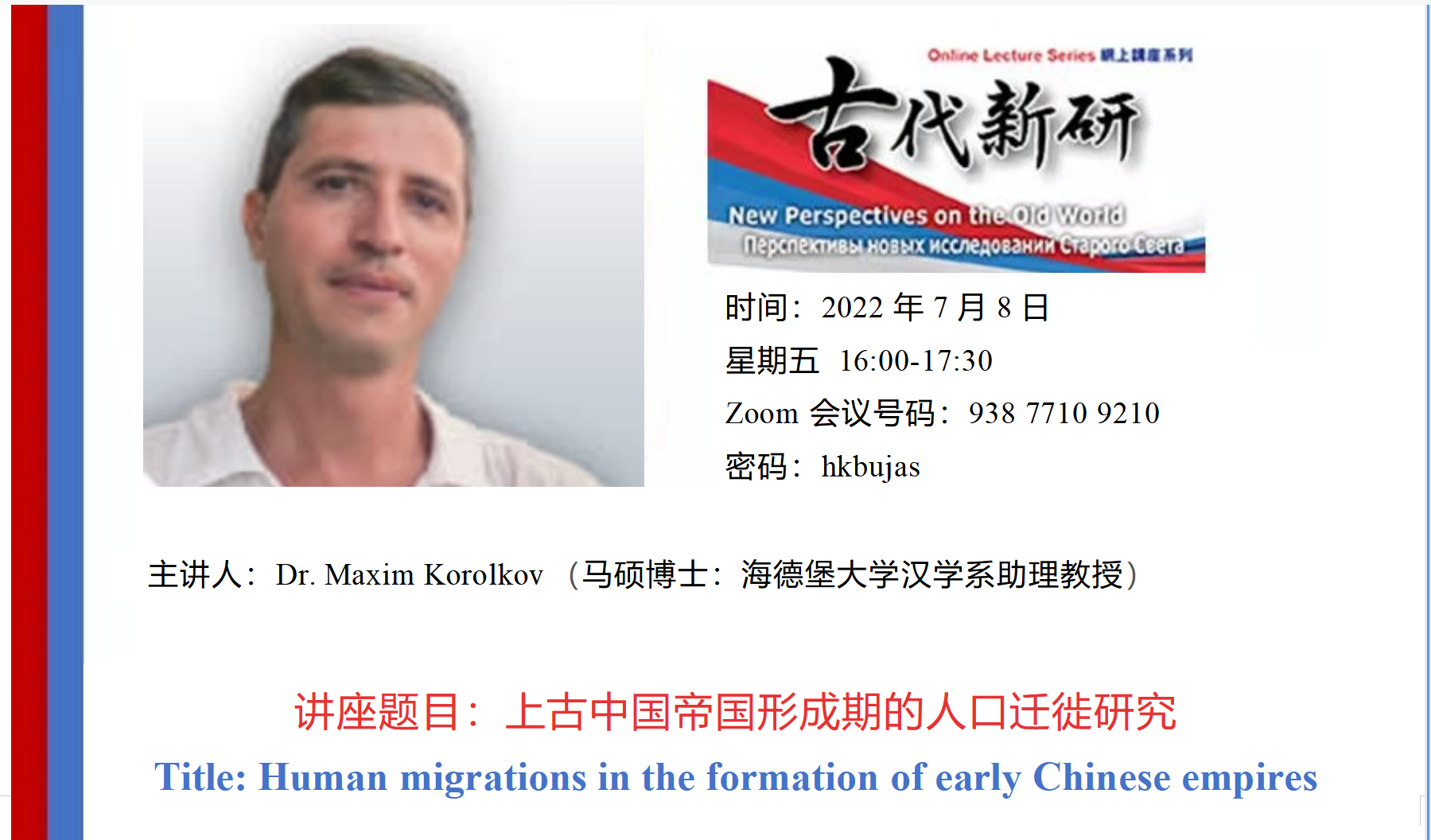 In ancient China as elsewhere, states did not simply occupy a given territory but actively engaged in the production of spaces by transforming landscapes, moving populations, and enacting territorial hierarchies. In the case of the early Chinese empires of Qin (221–207 BCE) and Han (202 BCE–220 CE), state-incentivized migration and settlement were the key instruments of military control, administrative incorporation, economic intensification, fiscal expansion, and other processes that instructed spatial distribution of the state power.

This talk utilizes transmitted texts, excavated documents, and archaeological evidence to explore the economic conditions and effects of migration and settlement in the early Chinese empires. While recognizing fundamental technological limitations on the organized relocation of large groups of people under premodern conditions, I argue that imperial human geographies were instructed by the natural and man-made environments in which they developed, thus depending heavily on the effects of state-sponsored migrations upon the broader flows of people, goods, and information.

This is the ninth lecture of the Online Lecture Series: New Perspectives on the Old World , which is co-organized by the HKBU Jao Tsung-I Academy of Sinology, the Institute of Oriental Studies (IOS), Russian Academy of Sciences, BNU-HKBU United International College (UIC) and Research Centre for History and Culture, Beijing Normal University.