Archaeology is the study of the ancient past through its material culture, the physical remains of the past. The English word is Greek in origin from arkhaios ‘ancient’. An archaeologist seeks to study the past through a great variety of techniques, most commonly in popular consciousness is the excavation and digging of ancient sites, but there is indeed a myriad of methods at the archaeologist’s disposal. This includes surface surveys (no excavation), analysis of objects already procured in museum collections, or use of non-invasive approaches (such as ground-penetrating radar). Increasingly prevalent also is the practice of ‘theoretical archaeology’ which includes critical approaches to the practice and interpretation of the archaeological record. Archaeology nowadays relies on a huge number of sub-disciplines. This includes physical anthropology (the study of human remains), bioarchaeology (the study of biological materials), and many lab-scientific approaches (radiocarbon dating, isotope studies). Due to the great diversity on the archaeological record, archaeologists almost always specialize in one of these sub-disciplines, a particular region, a particular material object (i.e. ceramics or pottery), or a particular period of history (palaeolithic, neolithic, bronze age etc). Usually, the study of written documents is considered to belong to other disciplines (philology, epigraphy, papyrology, history), but archaeologists do deal with writing in the form of physical written objects.

Excavation and the past

The controlled and methodical excavation of a site is perhaps most frequently connected with the practice of ‘archaeology’. Excavation can take on many forms, from the slow unfolding excavation of an ancient city to spot excavations across a huge region, to rapid ‘salvage’ excavation to quickly document a site before development. No method is necessarily superior to another but is moulded to the questions archaeologists seek to answer as well as the context of the site. Huge tell sites, the mounds of ancient cities in the Near East, for example, require slow and methodical excavation over many decades, with each phase of excavation uncovering a new layer and occupation of the same city. In nomadic or hunter-gatherer societies, surveying over a large horizontal space is often more fruitful, and allows a scholar to build a picture of the regional use of the landscape and environment, often identifying ancient campsites. 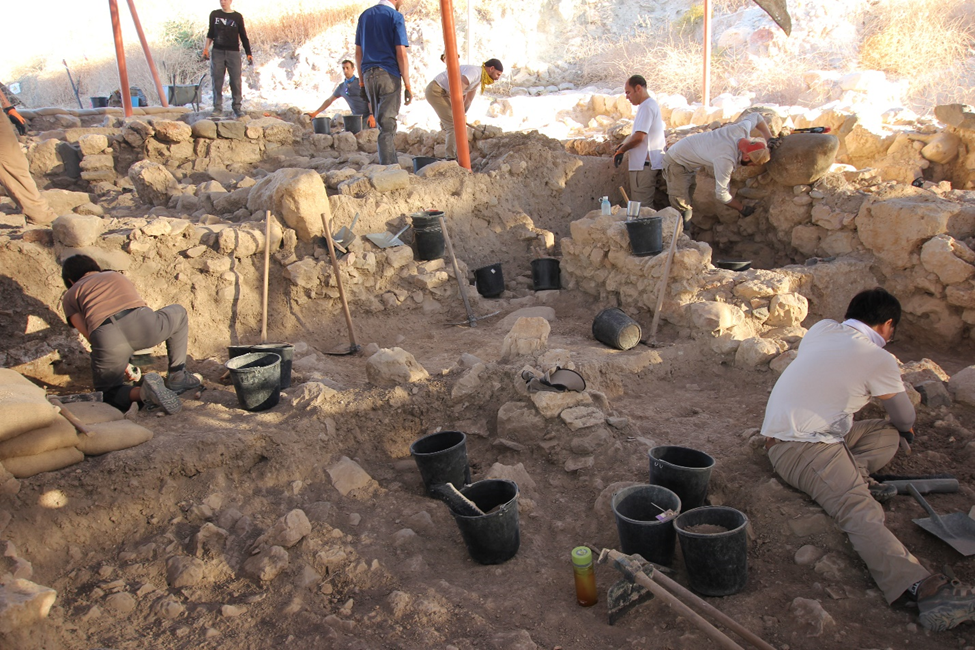 Archaeological excavation in one form or another has been practiced throughout humanity, where ancient societies frequently excavated their own past. Ancient Egyptian texts demonstrate that nobles sometimes studied the ancient past, even refurbishing and uncovering old monuments. Likewise in medieval China, learned scholars took an interest in ancient objects such as bronze objects from the Shang Dynasty, a tradition that was well-established amongst the intelligentsia of the Song Dynasty. The modern discipline of archaeology, like so many other scholarly pursuits, is generally considered to begin in the 18th and 19th centuries and is linked to the recognition of ‘stratigraphy’ in geology, the idea that that the remains of the human past consisted of successive layers in the ground, each lower layer being older than the last. This basic but important insight allowed scholars to put artefacts in chronological order, eventually paving the way for the basic ordering of major epochs or ‘ages’ in the archaeology of Eurasia and North Africa into the Palaeolithic (old-stone age), Neolithic (new-stone age), Bronze Age, and Iron Age based on the technological capability of the societies excavated. These epochs, however, make little sense when applied to other parts of the world such as Oceania or the Americas where such metallurgical practices are either not present or are not good indicators of dividing historical periods. 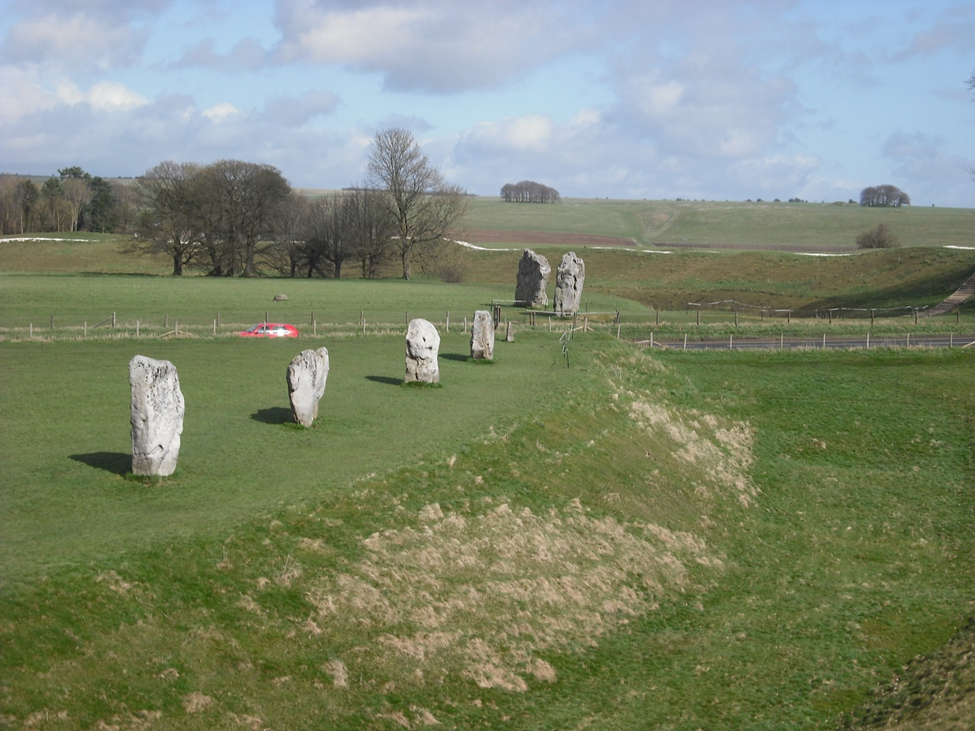 The archaeology of Neolithic Britain, the standing stones at the Avebury flanked by a large artificial ditch.

A common view of archaeological practice is the excavation of ancient settlement. Depending on the settlement architecture (stone, mudbrick, wood, straw etc) what the archaeologist finds will differ markedly. But the basic practice will remain the same, the site will be divided into a grid with a series of trenches dug into each successive layer of the site. This practice will usually reveal the outlines of buildings as well as many artefacts. Some artefacts are so small that they need to be sieved to reveal things like seeds, very important indicators of ancient agricultural practices. As the excavation proceeds (often over years), the site will reveal new layers of occupation, often centuries older than the previous. A common adage here is that ‘archaeology is destruction’ in that once a part of the site is excavated it is now lost and cannot be recovered. This means that the process of excavation needs to be meticulous, and record everything from soil colour to the alignment of stones in a wall so that we can obtain the maximum amount of information from the past. Context is crucially important, and every artefact must be methodically mapped and tagged to demonstrate its origin in the horizontal and vertical coordinates of the site. The interpretation of an object can differ markedly based on context, for example a pottery vessel found in a house, a burial, or a rubbish pit can look identical but all three different contexts demonstrate very different functional uses of a simple pot.

Post-excavation, the artefacts from a site are usually drawn, photographed, and subjected to analysis for publication, along with the plans of the larger site. In many ancient societies, pottery is a particularly important object for the excavator as its ubiquity, durability, and change in style means that it can be used not only to assess the ancient economy, but the typological sequence of pottery changes can be used as a good indicator of the rough date of a site. Tied with carbon dating of organic remains, it is possible to construct a very effective chronology of a site, with each layer dated by a combination of techniques. Each and every object class ‘pottery’, ‘stone tools’, ‘human remains’, ‘organic remains’, ‘small finds’ are usually independently described and assessed. When all these data points are combined, it is possible to provide an interpretation of the site. This might include any assessment of the population history of the site, its economy, or even description of ritual or burial practices.

Where does Archaeology go from here?

With the increasing use of new technologies in archaeological practice, we can ask new questions of the ancient past that early scholars never would have dreamed. Ground penetrating radar and LIDAR allow us to peer at ancient sites underground or through dense jungle. Satellite photography has revolutionized how archaeologists search for sites, especially in desert environments where vegetation does not obscure the outlines of ancient structures. Isotope studies, looking at the chemical traces in various minerals, can give us unique insights into a variety of different fields. For example, isotope studies focusing on human teeth are able to determine the basic kinds of diet of a deceased individual, while studies of ancient metals or minerals might be able to demonstrate the exact place where something was mined or procured. Aerial drones are becoming increasingly standard tools in archaeological practice, not only allow for aerial photography but through the practice of photogrammetry can create quick maps and 3D-models of whole buildings and objects.

The challenges of archaeological practice are many and range from basic practical issues of access and funding to more complex problems relating to our methodologies and interpretations. One of the chief problems that is obvious from an overview of world archaeology is the fact that some regions are still ‘unknown’ from the archaeological perspective. This is usually attributable to reasons of political instability or difficulty of access to certain regions. A pressing concern, especially in these regions but exhibited throughout the world is the ongoing pace of destruction of archaeological heritage. As the population of the world increases with the ever-pressing need for development of infrastructure and agricultural land, archaeological sites are being destroyed at rapid pace. Only where local laws are enforced is archaeological heritage routinely documented before it is destroyed. The pace of destruction is even more disturbing in parts of the world where there is a clandestine antiquities trade. In such cases sites are routinely plundered for procuring artefacts for sale on the antiquities market, destroying all the vital contextual information of the artefact and often destroying whole burials or buildings in the process.